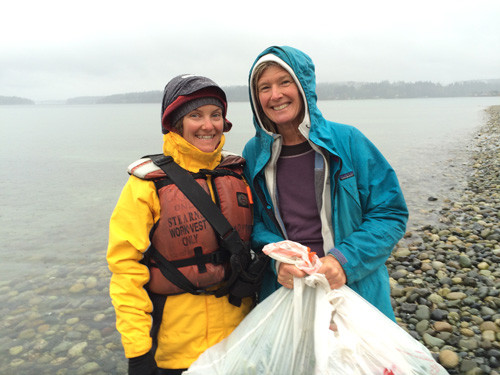 Persephone Farm recently connected with the Port Townsend based schooner, Adventuress, to provision the ship with fresh greens donated from our early spring fields. 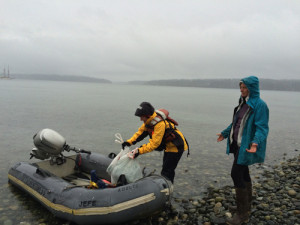 The non-profit foundation Sound Experience, which oversees 102 year old Adventuress, offers sailing excursions with an environmental education focus throughout the Puget Sound. The organization focuses on sustainability and tries to source fresh local food whenever possible. Persephone enjoys partnering with Adventuress, donating produce when we know the ship will be in Port Madison near our beloved Indianola dock. If you haven’t had the opportunity to get out on Adventuress, be sure to check out their schedule of public sails. They are really fun and interesting.

Adventuress captain Rachael Slattery is the cousin of Rebecca Slattery, Persephone Farm’s co-owner. Both are thrilled to be re-united in Western Washington this summer, far from their roots on the East Coast.

As well as being a sea captain of the first order, Rachael shares Rebecca’s love of farming. She, too, runs an organic farm when she’s not out on the water. This summer she’ll have two weeks at the helm and then four weeks back at home in Exeter Rhode Island tending Wild Harmony Farm. Her boyfriend and interns will keep the animals fed and the vegetables weeded in her absence. 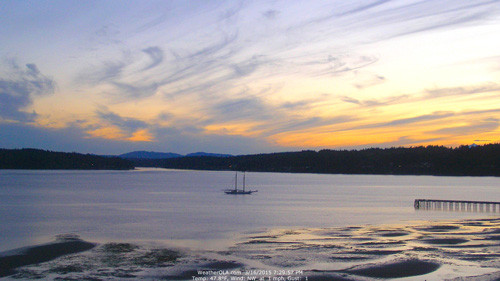 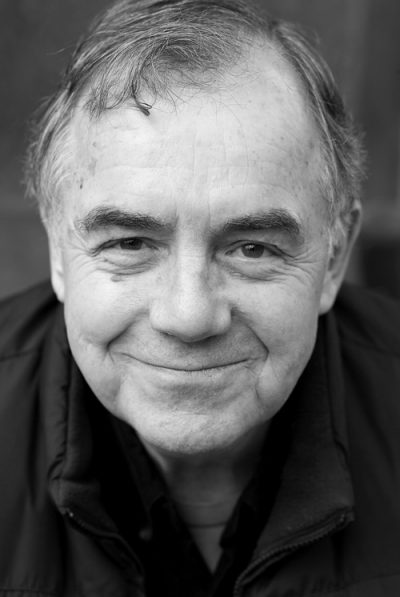 The best carrots are star crossed lovers 🤩 what

This is what our Wednesday morning fridge looks li

It’s fall and we just want to remind everyone to